Home / Our Story / About Gasm

Something is happening to the cocktails of Britain.

By lakes and in parks, by winter firesides and in clubs and bars, corks are flying and Gasm drinks are fizzing into glasses - Gasm?

The sporting inhabitants of the British countryside, in general tough eggs clad in green, have for many years been refreshing themselves in hot weather and warming themselves in cold with a mixture of sloe gin and champagne. Now, the intelligent folk at Gasm have decided that this stuff is too precious to be confined to the back of Land Rovers and picnic baskets at the races. So they have found the ideal mixture of fizz with powerful spirits and bottled it.

What do you mean, the ideal mixture?

Two hundred years of experimenting in the field, followed by nine months of intensive tasting with the expert assistance of a sommelier, from a restaurant too famous to mention, have produced the ultimate blend.

Excellent wine from the Veneto

Home of the only prosecco worth drinking, it has been combined with hand-picked fruits and fine gin to produce something truly exquisite. 'Kir royale with a gin kick,' says an expert. 'Makes you feel a bit special,' says a non-expert who knows what she likes. 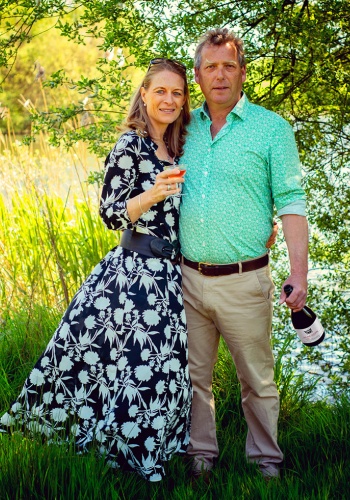 Versions including plum and raspberry as well as the original sloe are made by Sam and Richard Davies, whose family have lived for generations in the fierce and beautiful hills of Montgomeryshire. Here, the need for warmth in winter and refreshment in blazing summers is constant, and has produced a truly refined drink.

But I live in London

In which case you are perfectly placed to nip into the wine bar, garden or park, unwire the cork from a bottle of Gasm and thumb it until it flies pirouetting upwards. Pour the Gasm into a glass and hold it fizzing up to the sun or candle. Admire the glowing colour as the bubbles rise. And drink, feeling a glow of your own... Another? Why not? Splendid idea...

Free Delivery On All Orders Over £75

Orders placed before 2pm will dispatched same day. Free UK Mainland delivery on all orders over £75. Terms and conditions apply.
[/list]
OK
Gasm Drinks uses cookies. Some may have been set already. Read about our cookies.
Please click the button to accept our cookies. If you continue to use the site, we'll assume you're happy to accept the cookies anyway.